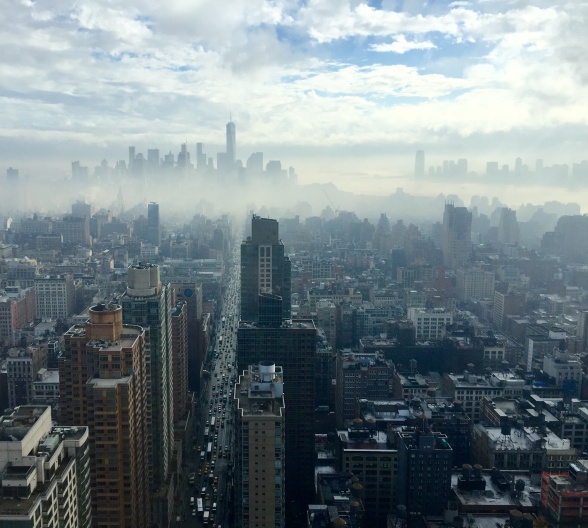 My father was a violinist. My uncle played the saxophone. My cousin’s grandfather sang and played the accordion and the piano in a restaurant he owned.

I felt that I was born with musical talent. So, I decided that I would learn how to sing. I gathered my friends and enrolled into a singing class at my community college. We learned scales, went to karaoke, got a practice room to practice in daily, and took advantage of all office hours. I was ambitious and put in a lot of effort. I took singing classes for a year and a half and even took a couple of private lessons. And I’ve got to tell you…I still can’t sing. As much effort as I put in and as much musical I believed I had, the other classmates were years ahead of me. They were improving faster. And it made me wonder:

What is it about some people that makes them just so good at things?

Is there anyway to tell if someone is more likely to be successful in life?

But first, what does “Success” even mean?

Success is not the easiest thing to define. The definition is highly effected by cultural and personal contexts. There is a lot of subjectivity at play. What we need is a more objective definition to be able to talk about success in a variety of domains. Domains excluding parenting, citizenship, friendship, and so on. An appropriate definition would be what Angela Duckworth uses in her study of “Personality Processes and Individual Differences” (1):

“Success refers to the accomplishment of widely valued goals”

So what is it? What’s the secret sauce to success?

I wanted to know what people thought, so I designed a simple study. It’s composed of one question asking:

I surveyed 35 college students and faculty, and here are the results: 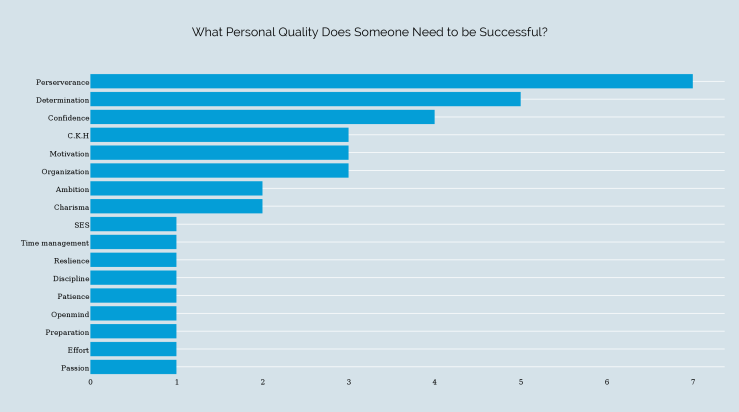 C.K.H. stands for compassion, kindness, and humility, and SES stand for socio-economic status.

This is what psychologist Angela Lee Duckworth started to see emerge from her research.

There is this certain trait that successful people share that is not intelligence, creativity, charisma, or resources.

She called it Grit.

Grit: The perserverance and passion for long term goals.

Duckworth developed a test to measure grit. It’s a simple test, that takes about three minutes to complete, she calls it the Grit scale(1). It consists of either 8 or 12 brief statements that respondents must evaluate themselves on. For each statement respondents score themselves on a scale ranging from 5 “very much like me” to 1 “ not like me at all”. 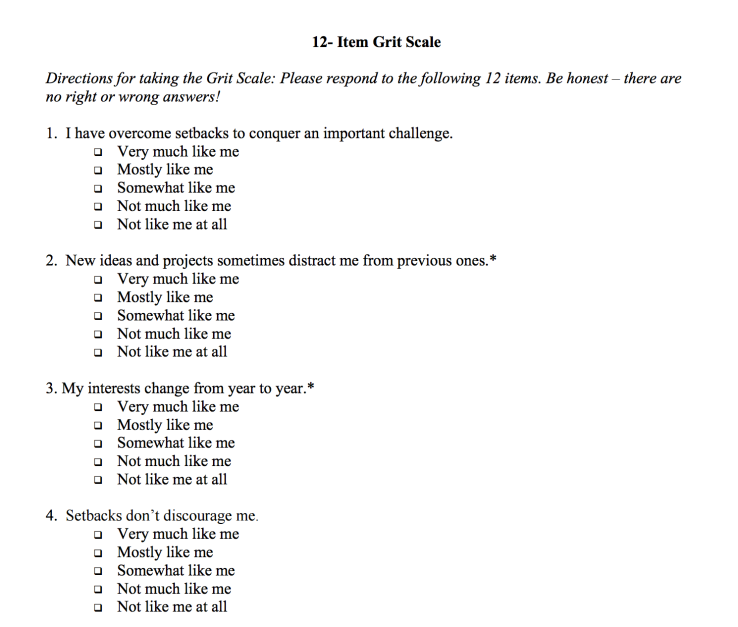 Duckworth took this test into the field. In total, she surveyed over 5,000 people.

She found that this little survey is amazingly predictive of success. People who had higher grit scores ended up being more successful than people with lower grit scores. And grit barely correlated with IQ. What these findings show is that success is not about how smart or how much talent someone has, but how much grit they have.  (1,2)

It was long believed that intelligence, creativity, and charisma were the fundamental qualities of successful people. We call children with those qualities prodigies and adorn them with resources to help them become successful. However, when you try to measure those traits, you find that intelligence, creativity, and charisma do not have a strong correlation with success. Grit does. Duckworth’s study was originally published in 2007 , and has been incredibly influential in understanding and predicting success. There have been many more studies on grit, and it has grown into a “hot topic” in psychology and professional development.

The conversation in research has shifted from “what is this thing called Grit” into how do we teach it. This is a challenging question to answer. Other “character” traits are also surfacing as important traits of success. Curiosity, gratitude, a growth (malleable) mindset, optimism, self-control, social/emotional intelligence, and zest/vitality. Check out Duckworth’s amazing

Check out Duckworth’s amazing Character Lab for more information these other traits.

If you would like to know more about what success is and Grit you should listen to NPR TED Radio Hour’s podcast on success, it’s amazing. And you should read Duckworth’s original study and watch her Ted Talk.

“For unless one is able to live fully in the present, the future is a hoax. There is no point whatever in making plans for a future which you will never be able to enjoy. When your plans mature, you will still be living for some other future beyond. You will never, never be able to sit back with full contentment and say, "Now, I've arrived!" Your entire education has deprived you of this capacity because it was preparing you for the future, instead of showing you how to be alive now.” ― Alan Watts
Follow Benign Laughter on WordPress.com